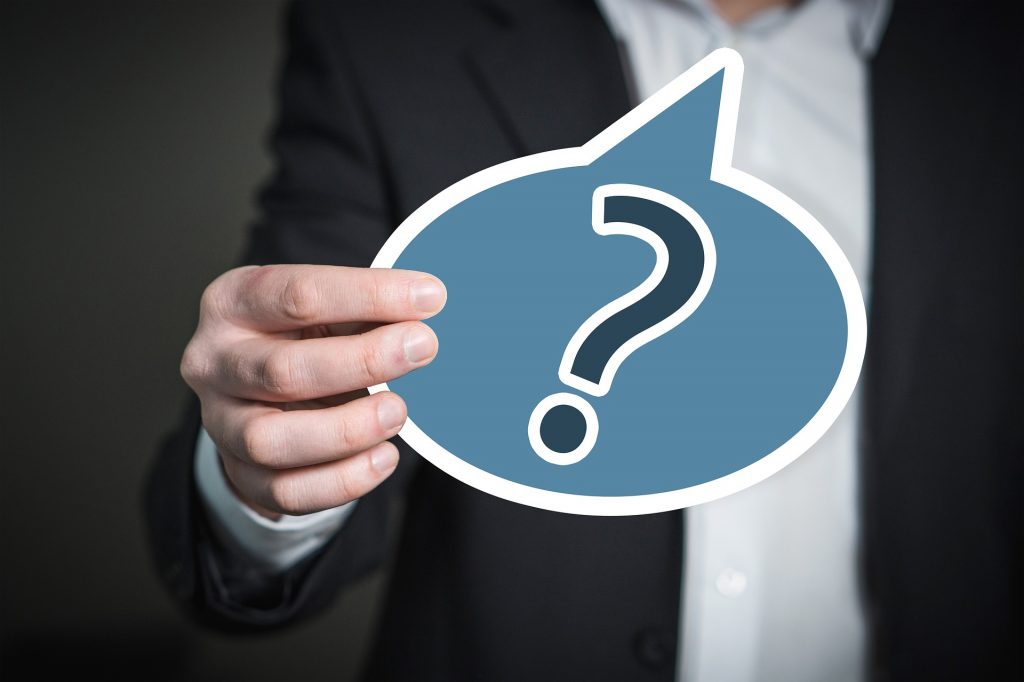 Jesus was the Master Teacher (Matthew 7:28-29). And while He was God and knew everything that there was ever to know, while He was teaching, Jesus was recorded to have asked well over 300+ questions of His listeners. One might expect that Jesus, being divine, would simply just tell his listeners the facts – but undoubtedly Jesus saw value in posing some of his teachings in the form of interrogatives rather than always declarative statements.

There’s a variety of reasons for why Jesus would have asked questions while teaching. First, Jesus’ use of interrogatives allowed for the hearer to process the answer through their own mind to come to a conclusion of their own volition. This doesn’t mean that every attempt at teaching should be posed in the form of a question, but it is healthy for the learner to reach a conclusion on their own – testing a principle’s merits, rather than just accepting something blindly. Secondly, Jesus’ use of questions while teaching allowed for some of his harder teachings to be stated in a more palpable way. That’s not to say that some statements don’t need to be or can’t be more direct, but a masterful teacher knows that some pills are harder to swallow than others. Jesus knew that if He asked me to come to a conclusion about something on my own rather than telling me what the conclusion was, I might have an easier time swallowing that pill. Finally, Jesus asked questions rhetorically to make a stark point about something. The answers to some questions are obvious – and that’s the point. The statement could be made without asking a question, but it might lose its impact. Truly Jesus knew what He was doing as the Master Teacher. Consider some of the impactful questions that Jesus asked:

“Which is easier, to say, ‘Your sins are forgiven you,’ or ‘Arise and walk’?” (Mt. 9:5) In defense of His deity, Jesus compelled the Pharisees to answer a question that essentially entraped them. When Jesus ended up causing the lame man to walk, Jesus proved His power over the physical realm, and in turn revealed His authority to forgive sins. Jesus used a question to defend truth.

“Who do men say that I am?…who do you say that I am?” (Mt. 16:15) When Jesus asked this question of His disciples, He made an important distinction between what others thought and what they, themselves thought. Jesus could have omitted the second question, but it in turn requires both the disciples and the reader to make a personal judgment about who Christ is.

“How many loaves do you have?” (Mk. 8:5) As the omnipotent Creator (Col. 1:16), one would assume that Christ’s omniscience would have made Him privy to the number of loaves that they had at their disposal. It really didn’t matter if they had 7 or 700– Christ’s miracle could work with any amount. But before Christ miraculously fed the 4,000, He used this question to draw attention to the fact that He was going to provide for them in abundance, out of their poverty.

“What do you want me to do for you?” (Mk. 10:51) To the blind man that Jesus asked this question, it was probably obvious what he wanted Jesus to do for him – to give him sight! But it seems that Jesus asked questions like these to cause the seeker to verbalize the faith that they had in Him. It’s one thing to hope that Jesus could heal him; but it’s an entirely different thing to boldly ask the question of Jesus, demonstrating a genuine trust in His ability.

“Who touched me?” (Lk. 8:45) Again, Christ’s omniscience allowed Him to know who touched Him – He didn’t ask this question due to a lack of knowledge. In fact, Christ could have healed her from a distance without even touching her (Luke 7:1-10). Instead, Christ likely asked this question to draw attention to what He was about to do for this woman, to once again demonstrate His power and mercy.

“And which of you by worrying can add one cubit to his stature?” (Lk 12:25) Everyone knows the answer to this rhetorical question – and that’s the point! Instead of simply stating that worry is unprofitable, for effect’s sake, Jesus used this question to paint a picture of an impossibility.

“Are you the teacher of Israel, and do not know these things?” (Jn. 3:10) Jesus asked this question to Nicodemus, a Pharisee, intending to point out shortcomings and to reveal irony. If there was anyone that should have understood who Jesus was, it should have been someone well-versed in the law like Nicodemus.

“Simon, son of Jonah, do you love me?” (Jn. 21:15-17) Three times Jesus asked this question of Peter. It’s possible that Jesus was making a point to Peter about the fact that Peter had denied Christ three times. Repetition of the same question emphasized the monumental importance of the answer – for there’s no more important answer to any question, than that of whether or not we love Christ.

Of course there are hundreds of other questions that we could consider, but, a final question from Jesus for us to ponder: “What do you think about the Christ?” (Mt. 22:42)