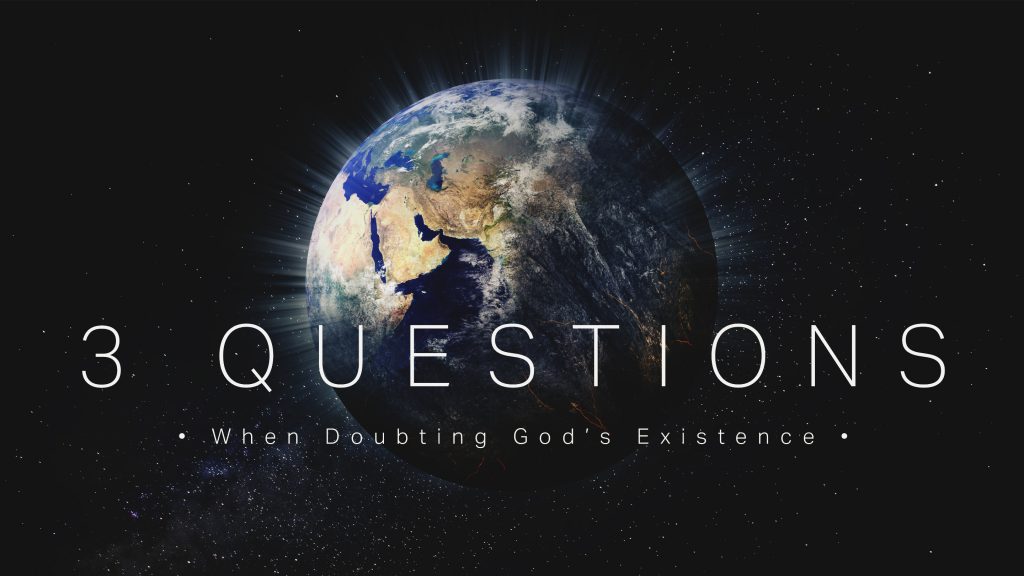 When you or someone you know doubts God’s existence, these three simple questions can be helpful:

The Bible tells us that the existence of God is clearly evident in the things that have been made (the universe, the leg, the law), to the point that we are without excuse when we deny Him (Romans 1:20).